Dylan is native of Southwest Missouri where he attended and graduated with
honors from Logan-Rogersville High School in 2007. Throughout his high
school days, Dylan was involved with his local community as a volunteer
fire fighter and first responder with the Logan-Rogersville Fire
Department. After high school, Dylan attended Drury University in
Springfield, Missouri where he earned a bachelor’s degree in the areas of
Psychology and Criminology. While at Drury University, Dylan served as
Parliamentarian as part of his duties with his fraternity, Kappa Alpha
Order; which also included during philanthropic work with the Muscular
Dystrophy Association.

Dylan received his Juris Doctor from the University of Missouri-Kansas City
School of Law in 2015, where he graduated with an emphasis in child and
family law. Dylan became a licensed attorney that same year after sitting
for and passing the Missouri Bar Exam. While in law school, Dylan was
involved in both the Family Law and the Guardian ad Litem clinics, which
assisted families in the Kansas City Metropolitan area with legal
representation.

After graduating law school, Dylan moved back to the Springfield
Metropolitan area and began representing families in their legal matters
throughout Greene, Christian, Webster, Polk, and Lawrence County. Dylan
joined the law firm of Ozarks Family Law, LLC in January 2019, where he is
proud to continue to represent families here in Southwest Missouri. With
his legal education and legal experience focused solely on family law,
please consider speaking with Dylan Driskell if you are seeking guidance on
any issue relating to family law. 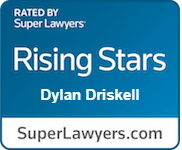 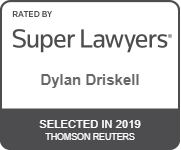